Guyana is one of the smallest and least populated countries in South America. It shares a maritime border with the Atlantic ocean and is one of the richest biodiversity zones on the planet.

The country is covered with pristine forests and has large reserves of minerals like gold and diamonds. Bauxite and manganese mining are other important sectors.

Guyana was once counted among the poorest nations on the continent, however, the discovery of oil reserves in the Stabroek block in 2015 by Exxon Corporation overturned its fortunes.

Guyana’s annual GDP has been rising since 2016 and the government hopes that the expanding oil and gas industry would pave a path for economic and infrastructural development. It is estimated that the sector would create more than 50,000 jobs in the country, support manufacturing and raise the standard of living.

Described below are the 7 major ports of Guyana.

Lying on the eastern banks of the Demerara River as it flows into the Atlantic Ocean, Port Georgetown is the main port of Guyana, the capital city and a centre of manufacturing, commerce and finance. It houses many businesses including the headquarters of the Caribbean Regional Integration Organisation.

Popularly known as the Garden city of the Caribbean, it has many sugar refineries and exports sugar, rice, tropical fruits, timber, rum, marine goods and a stretchy rubber-like material called balata. It imports machinery, container goods, foodstuff, petroleum products etc. Approximately 50,000 tonnes of cargo are handled at the port annually. It has facilities for accommodating ships with a maximum LOA of 175 m and a draught of 8.2 m.

It has a river frontage of 2 nautical miles and six commercial wharves with water depths ranging from 5 to 7 m. The La Penitence Terminal wharf has a berthing line of 290 metres while the Apron quay is 274 metres long. Pathway dock specialises in dealing with containerised cargoes and project cargo. Marshalling Yard is an open paved area for storing steel, heavy machinery, and other bulk. Mechanical equipment is kept in the transit shed along with security cages for expensive and high-risk cargo.

The container freight station has a 500 m2 yard for stacking containers. Liquid cargo is handled at the two oil jetties located near the port entrance. Connected to the mainland, they are endowed with three oil storage tanks and submarine pipelines.

Georgetown was colonised by the Dutch, French and British, as evident in the city’s architecture. It is known for the St George Cathedral, named after King George III and the cast-iron building that holds the Stabroek Market having a mediaeval clock tower.

The indigenous Wai Wai people once called it home, hence Georgetown has a Walter Roth Museum of Anthropology that contains relics and artefacts of their culture.

The Parliament building built in the Renaissance period was the site where the freed slaves of the country purchased their first piece of land. Queen Elizabeth II gave a speech in 1994 from one of its Verandahs.

One can see beautiful Victorian bridges, palms, tropical plants and pavilions in the city’s Botanical gardens. Some miles from the city are the Kaieteur Falls which are five times higher than the Niagara falls. Flowing from the Potaro river, they fall into a deep river valley and support numerous inland villages.

Near the Demerara River lies the Timberhead resort that has hosted celebrities, including former President Jimmy Carter. Located amidst the forests and the savannahs, it offers a surreal view of the country.

The port of New Amsterdam lies on the eastern shores of the Berbice River. It is a medium-sized port with a natural harbour capable of accomodating barges carrying bauxite which is the main export commodity. It also ships sugarcane, rice and fruits to neighbouring regions via ferries. Major import items include machinery and consumer goods. The port is designed to handle ships weighing not more than 30,000 DWT.

A major trade hub and a distribution centre, it serves the agricultural and pastoral lowlands of Guyana. One of the biggest towns in the country, it is known for its traditional costumes, festivals and folk dances. New Amsterdam has three main roads and a local market. Ferries ply from the port to the nearest town of Mara and Crabwood Creek through the river Courantyne.

It has four wharves covering 350 metres, two warehouses for storing goods and an open unpaved area. A fishing wharf is also located on the opposite side with an adjoining patio that houses a small seafood market.

Port Everton is a subsidiary facility of the New Amsterdam port. It has a 156 m long pier and a sugarcane processing plant.

The city developed near Fort Nassau in the early 17th century and was overtaken by the Dutch in 1740 who named it the Fort Sint Andries. They constructed the port for carrying out transatlantic trade and developed many plantations. During that period the port consisted of an open harbour, a small warehouse, an inn for merchants, a small bakery and a Church.

Different types of hides, furs, tobacco, fruits, coffee, sugar, salt etc were shipped from the New Amsterdam port to Europe. The ships returned to the port with manufactured goods, farm tools, firearms, clothes, and liquor which were transhipped to English long island, the Chesapeake and the Caribbean. In 1803, it was colonised by the British who expanded it further by creating two piers and a separate fishing area. It was also important for carrying out their naval operations.

New Amsterdam has many Anglican churches, a colonial-style mosque and even a temple dedicated to Lord Krishna. However, the most famous among the travellers is the Mission Chapel, the first church to accommodate the country’s slaves. Constructed in 1824 by Reverend Wray, it was the only religious place that allowed slaves to receive religious education and offer prayers. Another crowded place is the New Amsterdam Esplanade which is close to the ferry terminal. People can also book sightseeing and birdwatching tours or go boating in the Berbice River.

Lying on the left bank of the Essequibo river before it flows into the Atlantic Ocean, the Essequibo port is known for shipping greenheart and other types of wood, granite, gravel and stone. It has a dry dock at Mazaruni lying 35 nautical miles upstream, reserved for government vessels.

The facility undertakes ship repairs and maintenance and also offers logistics-related services. Approximately 100 vessels and 9000 tonnes of cargo are handled at the port each year. It has two wharves for receiving vessels with a maximum LOA of 121 m and a 7.5 draught.

The port is connected with Pariko, Linden and Demerara via roads. The airport is just six kilometres from the river port. It is connected to Mahdia through the Denham Suspension or the Garraway Bridge.

Known as the gateway to the interior, the port serves the hinterland and the mining industry. The town was settled by a Christian missionary in the 18th century and came to be called Bartica which means red earth since the region has red soil.

Close to the port are remains of the Dutch Fort and the Marshall waterfall. It is visited by many tourists and has four-star hotels like the Platinum hotel and many nightclubs.

Bartica is home to many Brazilians, hence the city has multiple local cafes serving traditional Brazilian food. Resorts have opened in Baganara such as the whitewater motel.

The town hosts the famous regatta after Easter, an annual parade, and a beauty pageant. Another regatta is held in July which attracts people from other countries as well. A grand event, it is organised near the Essequibo port.

Kaituma port lies 96 kilometres upstream on the Kaituma River along the Wailin entrance close to the western end of the seaboard. It is a small port having a single berth for handling sea-going vessels weighing up to 3500 DWT with an overall length of 99 metres. Approximately 100 vessels carrying 4300 tonnes of cargo visit the port annually.

The port was established after manganese reserves were found along the Kaituma river basin near Matthew Ridge. During those times, the port included an open roadstead, a manager’s office and a guest house. It was amidst dense forests and 10 miles from the village that housed people engaged in mining works.

It was linked to the country’s coastal railway in 1848 that transported manganese to the Chaguaramas bay in Trinidad. From here it was shipped to Stavanger, Norway for industrial purposes. Presently, the port serves the regional gold mining industry. Located in the hinterland, it suffers from a lack of security measures, proper infrastructure and equipment.

The second biggest city of Guyana, Linden lies 50 nautical miles south of Georgetown and is famous for its bauxite mining industry. It has multiple mines with a depth of 90 metres that are served by the Linden port which ships bauxite to the industries and neighbouring countries.

The port was established in the early 1900s with the advent of bauxite mining in Linden. Demerara Bauxite Company came to Linden to extract the sedimentary rock. At first, shovels were used and manpower was deployed however later the enterprise bought equipment for crushing and handling the mined ores. Residential facilities for workers were constructed after which work began for building a port. It contained a wharf, a carpentry workshop and electrical shops.

Today the port has two berths for accommodating cargo carriers and three warehouses for storing bauxite.

Close to the town is the uninhabited Gluck Island, a popular eco-tourist spot visited by many scientists and biologists keen to study the rare Victoria Regia Lily that blooms on its lakes. More than 200 species of birds like caimans, parrots, macaws and friendly sea otters can be seen on the island. The town square contains the Museum showcasing the socio-cultural history of the indigenous community.

Lying on the southern banks of the Demerara River, about 8.8 nautical miles from the capital city of Georgetown, the Kingston oil and gas terminal was established by John Fernandes Ltd, a Guyanese company and the Edison Chouest based in the United States.

The 12 million dollar project includes an offshore terminal, a tank farm and two mud plants. A cement factory, 2 dry docks and a fabrication yard are located on the port premises.

A new deepwater facility is currently under construction in the eastern part of Guyana. It would accommodate huge cargo carriers and serve the growing oil and gas sector. The port will be equipped with facilities for exporting agricultural goods as the region is a leading producer of rice and sugarcane.

The project is financed by the UAE and will also incorporate an institute for training the locals. It will generate new jobs in the underdeveloped region and bring much needed economic growth.

It would contain a 190 m long platform which would be accessible through a 48 m long and 11 m wide trestle. Two warehouses, repair workshops, a logistics yard and a wastewater treatment plant would also be built. The construction work commenced in 2021 and as per news reports, it could become operational by 2024. 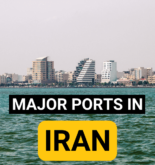 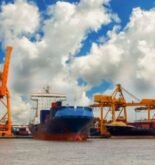 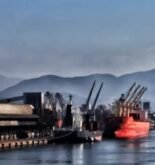