The Australian Maritime Safety Authority (AMSA) has actually prohibited the Panama- flagged mass service provider A/C Sesoda for intentionally underpaying its staff by greater than AUD $118,000, which the ship’s driver tried to hide from authorities.

AMSA boarded the ship at Mourilyan in Queensland on Thursday, 10th September 2020 to explore accusations regarding underpayment. During AMSA’s examination, proof was accumulated which verified that staff had actually just been shared of their salaries because October 2019.

The ship’s master as well as Taiwanese driver, Sincere Industrial Corporation, tried to hide the underpayment from AMSA assessors by just creating a produced wage document which showed that these seafarers had actually been paid completely. A 2nd wage document revealed that these seafarers had actually in truth been intentionally underpaid, while some elderly participants of the staff had actually been paid over their concurred prices.

AMSA General Manager Operations Allan Schwartz claimed the ship was launched from apprehension as well as provided with a 12-month restriction, banning it from going into an Australian port.

“This is the fourth ship that we have banned this year for serious and shameful breaches of the Maritime Labour Convention,” Mr Schwartz claimed.

“It’s unsubstantiated that some drivers still assume that it serves to underpay their seafarers. AMSA will certainly not endure such calculated as well as deceiving persecution of seafarers on ships that cruise in Australian waters.

” AMSA has actually made its setting generously clear– we have an absolutely no resistance for the underpayment of staff. This sort of behavior is dishonest, ill-mannered as well as in full breach to the Maritime Labour Convention.

” I believe that the monetary as well as reputational effect that being prohibited from Australia carries the driver, much surpasses the expense of paying seafarers the cash that they have truly earnt.

” A/C Sesoda has actually currently signed up with a lengthy checklist of ships consisting of most lately the Unison Jasper, TW Hamburg as well as Agia Sofia which have actually been prohibited from Australian ports after being captured treating their seafarers like modern servants.

“Collectively, the seafarers on these 4 ships were underpaid over of $290,000, funds which were recouped with the activities of AMSA.

“We are sending a simple message to operators: Pay your crew properly, treat them respectfully and comply with the requirements of the Maritime Labour Convention or you will not be welcome in Australia.” 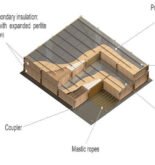 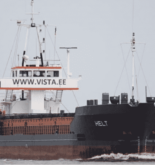