By Mike Wackett (The Loadstar) – Headhaul capacity withdrawn by Asia-Europe and transpacific carriers has reached 3m teu, according to a survey by Sea-Intelligence.

The consultant notes that the total capacity removed from the tradelanes due to the coronavirus pandemic is 2.4 times higher than the norm in the post-Chinese New Year slack period.

As of 11 April, Sea-Intelligence reports that 384 sailings have been blanked across various deepsea trades, with another 83 cancelled by carriers in the past week alone.

The consultant estimates the industry is facing a decline in demand of some 6.4m teu globally, as a consequence of the consumer lockdowns and restrictions now impacting half of the world’s population.

“If the world returns to normal after the second quarter, and the carriers do not cancel any further sailings – which appears quite unlikely, this would still lead to a demand decline for 2020 of 4%,” said Sea-Intelligence chief executive Alan Murphy.

Indeed, one Asia-North Europe carrier told The Loadstar there would have to be “many more blankings” to adjust demand to supply, adding: “The booking cancellations are massive. If we leave it as it is now, the remaining ships will be half full at best.”

According to eeSEA data, the Ocean Alliance has so far recorded the most headhaul capacity withdrawal, in percentage terms, for Asia-North Europe for next month: 19% of its proforma total, compared with the 2M’s 18% and THE Alliance’s 14%.

And the situation remains “very fluid”, according to one UK-based NVOCC, with announcements of more blanked sailings coming out almost every day.

“We have almost given up tracking,” he said, “and I don’t think the carriers’ local offices really know what is going on either. And you can forget getting any exports away anytime soon; we have had numerous vessel name changes for one shipment stuck at Felixstowe and we still don’t know when it will be going.”

The Loadstar understands that, apart from preparing to announce more blank sailings, several carriers are now considering routing some ships via the Cape of Good Hope for both head and backhaul, effectively taking out more capacity, due to the extended transit times, and saving Suez Canal tolls – up to $750,000 for a 24,000 teu ULCV – and taking advantage of cheap bunker prices.

And many shippers are in no hurry to receive loaded containers in Europe, due to Covid-19 movement restrictions and a shortage of storage capacity.

Moreover, instructions have been given to carriers to off-hire as much tonnage as possible and not to charter-in ships without obtaining top management approval.

The Loadstar is fast becoming known at the highest levels of logistics and supply chain management as one of the best sources of influential analysis and commentary.
Check them out at TheLoadstar.co.uk, or find them on Facebook and Twitter. 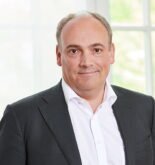 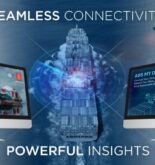