The Coast Guard saved an angler from the water after his 37-foot vessel started tackling water as well as sank near the Cape Disappointment bar early Tuesday early morning.

Watchstanders released an immediate aquatic details program as they advised the troubled sailor to turn on the vessel’s emergency situation placement suggesting radio sign as well as light off readily available flares.

The staff of Columbia River Bar Pilot watercraft Astoria listened to the UMIB as well as drawn away to help in the rescue.

At around 2 a.m. the Coast Guard boatcrew got here on scene as well as started passing a dewatering pump to the vessel in an effort to regulate the flooding. During this procedure, the vessel started tackling water at a boosted price as well as the troubled sailor got in the water running away the sinking vessel.

The Coast Guard boatcrew recouped the male without delay from the water prior to transferring him to coast.

“The mariner was prepared for an emergency,” claimed Petty Officer third Class Caitlin Maronde, a team participant aboard the Station Cape Disappointment MLB. “Having the proper emergency equipment may have saved his life.” 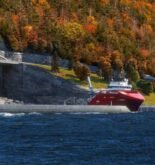 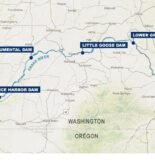 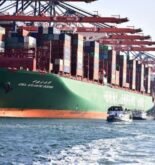