The Japanese Coast Guard is looking for an animals service provider with 43 team participants aboard after a call for help was sent out from the vessel on Wednesday.

Reports say the Gulf Livestock 1 released a call for help at around 1:20 a.m. regional time Wednesday while around 115 miles west of Amami Oshima Island in southwestern Japan.

The ship is reported to be lugging 43 team participants.

The search is being carried out in the basic location of Typhoon Maysak, which was last reported to be loading 130 miles per hour winds, comparable to a Category 4 storm.

The Gulf Livestock 1 was supposedly carrying livestock from Napier, New Zealand to Tangshan,China The vessel was integrated in 2002 and also signed up inPanama It is possessed by Dubai- based Gulf Navigation.

In late July, the Philippine Navy provided aid to the Gulf Livestock 1 after it shed propulsion off Balut Island inSouthern Philippines Repairs were at some point finished without case. 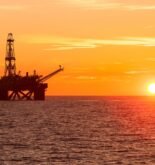 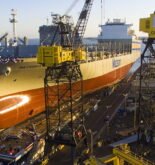