Mauritius’ Minister of the Environment Kavi Ramano addressed parliament on the on-going action to the grounding of the MV Wakashio, on a coral reef off Pointe D’esny.

Some highlights from Minister Ramano’s opening up declaration are listed below.

A records of Minister Kavi Ramano’s speech can be located here.

The Wakashio is a 203,130 deadweight tonnes bulk provider gauging 300 meters in size. It is signed up in Panama.

The Wakashio was integrated in 2007 by Universal Shipbuilding in Kawasaki,Japan It is taken care of by Okiyo Maritime/ Nagashiki Shipping of Japan. 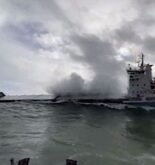 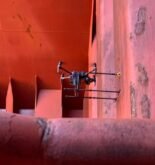