By Nerijus Adomaitis OSLO, Nov 4 (Reuters)– Norway’s leading court started to listen to debates on Wednesday on the legitimacy of granting overseas oil licenses in the Arctic, in a spots instance that can quit the market’s growth.

The claim, led by ecological teams Greenpeace Norway as well as Nature as well as Youth, belongs to an arising branch of regulation worldwide where complainants look for to utilize a country’s beginning concepts to make the instance for suppressing discharges.

“The Constitution says that everyone has a right to healthy environment, and we will not secure it if we continue to drill for more oil,” Frode Pleym, head of Greenpeace Norway, informedReuters “We do hope and expect the supreme court to rule in (our) favor.”

Two reduced courts, nonetheless, have actually located the federal government’s 2016 choice to honor 10 licenses to oil companies, consisting of Equinor, in the Barents Sea to be lawful.

“The decision was made after thorough professional, administrative and political processes, which were fully in line with Norwegian law and the constitution,” Norway’s Attorney General Fredrik Sejersted, that stands for the federal government, stated in his entry to the leading court.

The oil as well as gas market, that made Norway among the wealthiest nations worldwide, is likewise the biggest emitter of co2 (CARBON DIOXIDE) which triggers unsafe environment warming.

Norway has actually vowed to minimize discharges by at the very least 50% by 2030 contrasted to 1990.

Pleym stated the nation will certainly not have the ability to fulfill its promise under the 2015 Paris Agreement, if it remains to pierce for even more oil.

“While this case is specifically about the 10 licenses, we do hope that the courts decision to rule them in breach of the constitution could lead to different political course (on oil exploration),” he included.

In an indication of the instance’s relevance, all participants of the Supreme Court, bar 3 that are considered to have problems of passion, will certainly listen to debates up untilNov 12. (Editing by Terje Solsvik) 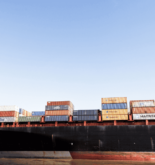 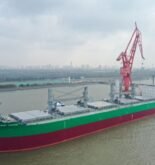 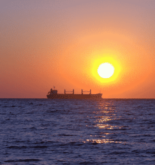