The four-day dramatization of the Dutch heavy-lift vessel deserted as well as wandering in the direction of the Norwegian shore involved a silent end as the vessel was brought securely to port this mid-day. An emergency situation initiative late last evening safeguarded a towline after airlifting the salvage team to the deck of the listing vessel.

The tow started soon prior to twelve o’clock at night on April 7 as well as the vessel was together with in the port on Flatholmen in Alesund, Norway by 5:00 p.m. regional time on April 8 with the help of the Smit- run tugboats. One tugboat was running the towline on the bow as well as the 2nd yank was connected to the strict to help in preserving the program. The Norwegian Coastal Authority as well as Norwegian Coast Guard vessels accompanied the Eemslift Hendrika to port throughout the tow.

They reported that the tow continued without event at roughly 3 knots. Weather problems in the location likewise enhanced as the tornado went away. The Norwegian Coastal Authority reported the seas were running 3 to 5 meters (they had actually depended on 15 meters) as well as winds went down to roughly 14 miles per hour.

The event started on Monday, April 5 when the freight aboard the Eemslift Hendrika changed throughout a wintertime tornado off the west shore ofNorway Fearing that the vessel remained in risk of tipping over the captain asked for aid as well as the Norwegian authorities airlifted the bulk o the team to coast. Later in the day, the captain as well as the continuing to be 3 team participants desert ship after it shed power as well as the tornado remained to produce the danger that the vessel would certainly tip over. Some team leapt crazy as well as were drawn from the sea while the others were airlifted from the deck.

The Eemslift Hendrika shed crazy at the very least among the vessels it was delivering in the tornado. The Norwegian authorities later on situated the vessel a couple of maritime miles away.

Safety as well as flag state authorities are anticipated to board the vessel to perform an assessment as well as start an examination right into the event. 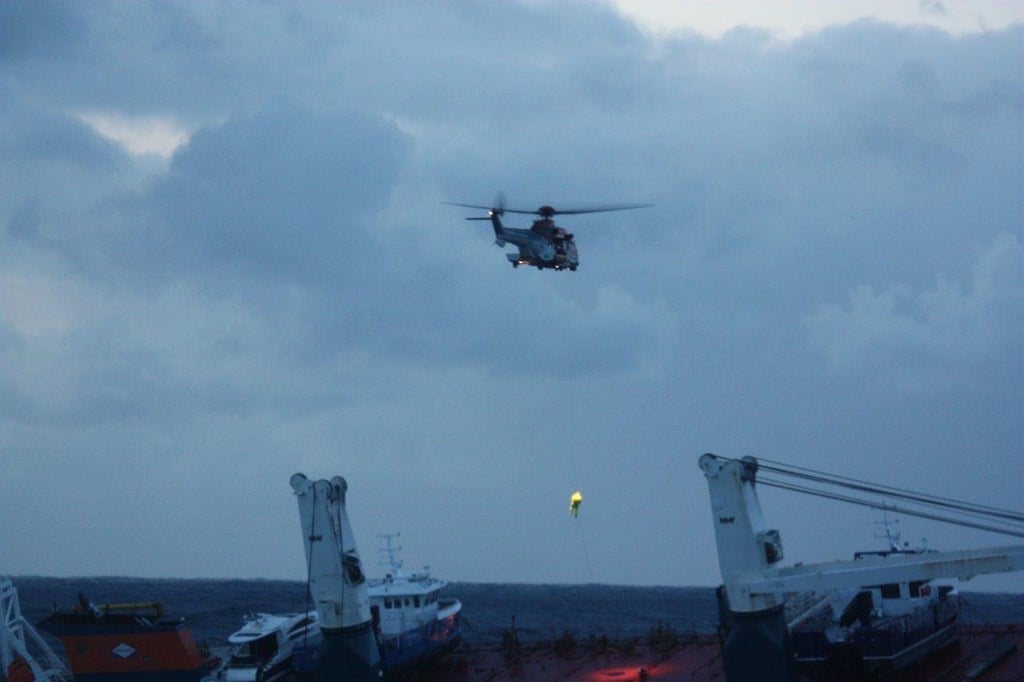 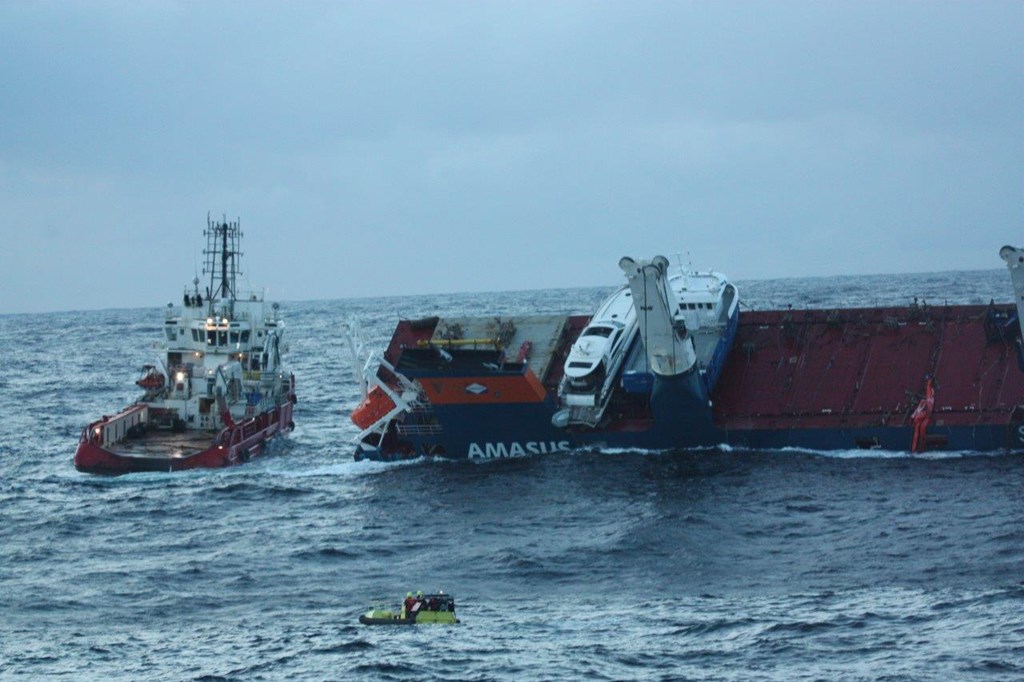 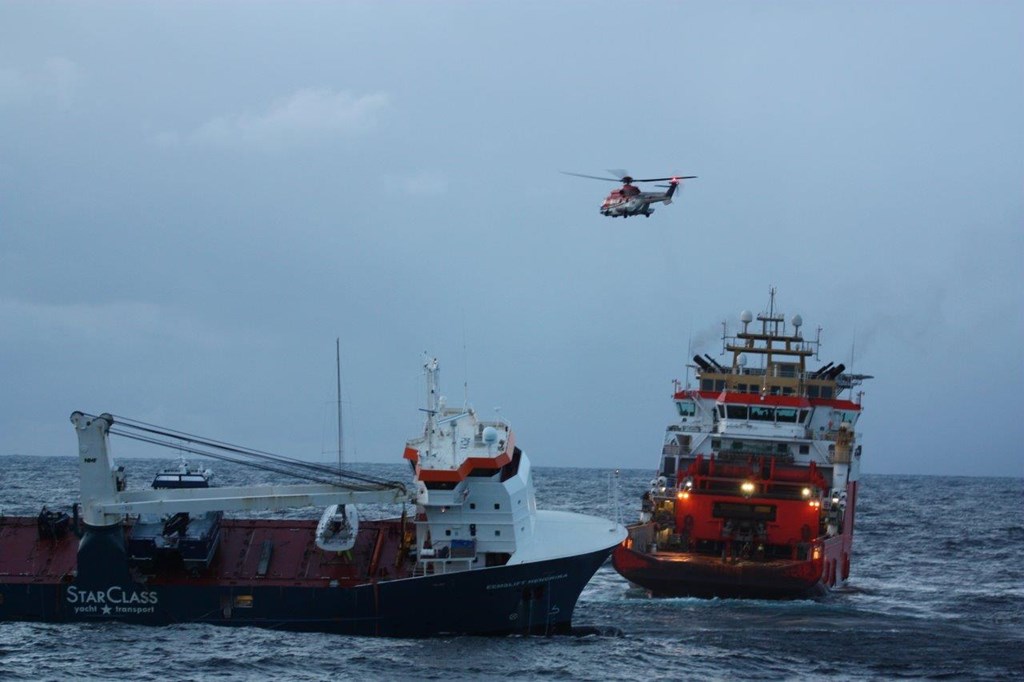 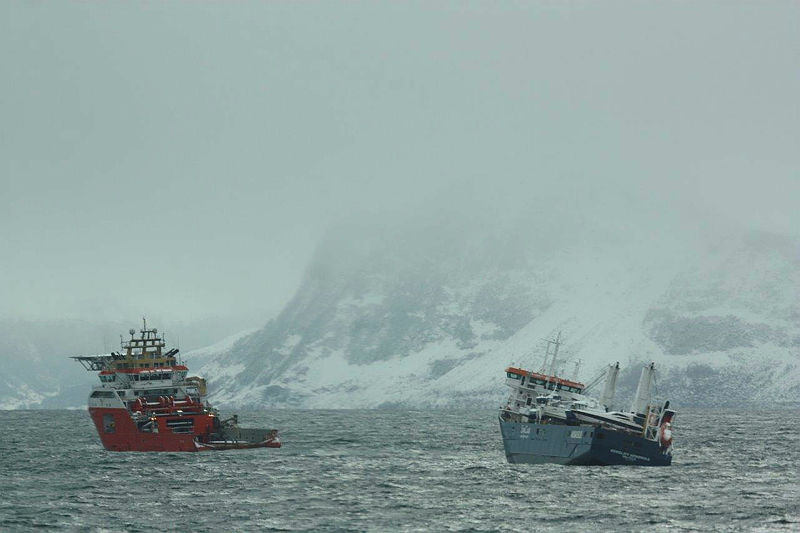 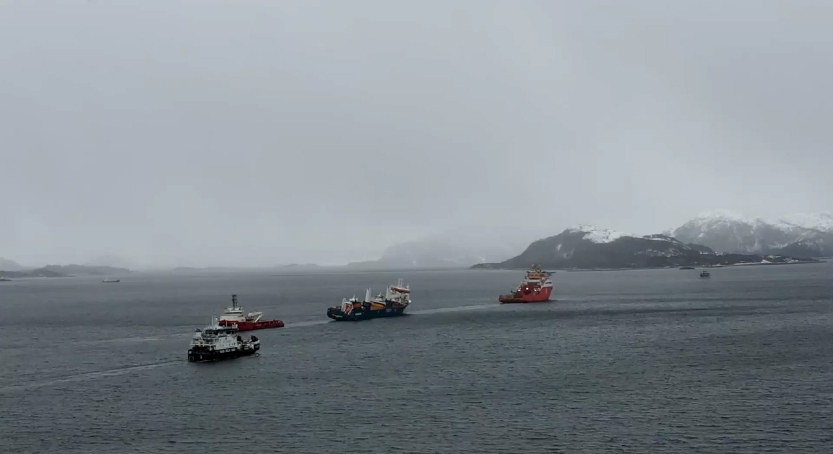 (Photo thanks to the Norwegian Coastal Authority) 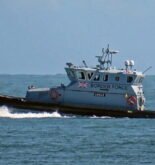 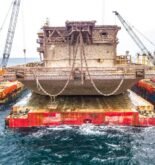 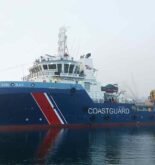