[Editor’s note: This article by PA1 Kurt Fredrickson originally appeared in a 2007 issue of Coast Guard Magazine. It has been updated for re-publication by PACAREA Historian Dr. David Rosen]

“Our crew saved four people that night . . . and then my crew saved me–I get a little choked up when I think about it.” – Aviation Survival Technician 1st Class Willard Milam, 2007

At 11:22 p.m. that evening, the Coast Guard Rescue Coordination Center in Juneau received a first alert signal. The transmission came from an emergency position-indicating radio beacon (EPIRB) registered to the 42-foot fishing vessel Illusion. The likely position of the EPIRB was somewhere in Makushin Bay near Unalaska Island. At 12:01 a.m., a second emergency signal verified the location. With this information, the helicopter was rolled out and lifted off from Dutch Harbor.

For those not aware, the Bering Sea is an unforgiving and dangerous body of water, perhaps the worst in the world. At the time of their deployment, winds blew between 40 and 50 miles per hour with gusts in excess of 60. Weather conditions included low clouds, horizontal rain and sleet with a visibility of only a quarter mile.

AST1 Milam waited in the back of the helicopter thinking that it was the middle of the night; the weather’s rough; and experience had proven that most EPIRBs go off by accident or mistake. Not so this time–the pilots saw a light on the water and headed for it. Suddenly, the red glow of a flare lit up the clouds and mist surrounding the helo. The aircrew now knew this case was not a false alarm. The HH-65 overflew a raft and Milam heard his cue from aircraft commander, LCDR Carroll: “Rescue checklist part one for a swimmer deployment.” Despite the severity of the weather and sea state, Milam’s training made this evolution routine.

After preparations were complete, Milam moved into position at the edge of the helicopter’s open door. Below him, through the rain and darkness, he could barely make out a small raft tossing in heavy seas. After 14 years as a rescue swimmer, Milam had flown more than 100 missions, including Hurricane Katrina, but this rescue would bring survival into perspective as never before.

Pilot Carroll and hoist operator Maghupoy lowered Milam into the roiling water within 10 feet of the raft and the rescue swimmer disconnected from the cable. When he reached the raft, Milam found four men, all in street clothes and wearing no insulated survival suits. To make matters worse, the two Russians and two Hispanic men in the raft spoke only broken English. Milam got into the raft and confirmed that there were only four victims. His biggest fear was the fact that the men had to enter the frigid water to be hoisted to safety. Milam radioed the helicopter and told the crew, “I have four people all accounted for. I recommend you deliver the basket. Tell Johnny we need the basket as close the raft as possible to minimize these people’s exposure to the water because none of them are in survival suits.”

In the cockpit, there was a pause followed by “Roger that Will. Stand by.” LCDR Carroll then came back on, “Will, we’ve discussed it up here, and if you’re okay with it, we’re going to send down our personal survival suits.” Milam listened. He knew that if the survivors went into the water to enter the rescue basket without a survival suit they could die. His answer was a simple: “Sounds like a good idea.” Carroll answered, “Okay. We’ll give Johnny a few minutes. He’s got to get them rigged up to send down to you.” Milam told the men in the raft that survival suits were about to come down.

At first, the rescue evolution went well. Things changed when Milam re-entered the water to grab the survival suits descending from the helicopter. Milam later said he could feel water flowing into his dry suit after he slid out of the raft. The suit filled rapidly with icy cold water. Nevertheless, he reached for the line knowing that the men needed the suits to survive. Milam held onto the guideline with one hand, grabbed the suits with the other, and kicked back to the raft with his hands full. More water surged into his suit further debilitating him. He had no idea what had caused the leak. After struggling to get back into the raft, he helped the most hypothermic survivor don a survival suit while instructing the others to put theirs on.

Maghupoy lowered the basket near the raft and Milam entered the water with the first survivor. Meanwhile, Milam’s legs went numb as hypothermia set in. After struggling to place the disoriented and combative survivor into the basket, Milam watched the hoist lift the man into the helicopter.

By that time, Milam realized the raft had drifted too far to reach in his depleted condition. For the first time in his career, he signaled for an emergency pickup. Once inside the helo, Milam could feel the frigid water sloshing in his suit up to his neck. Maghupoy helped empty the suit, checked Milam’s seals and synched up the zipper handles. Milam was so cold, his hands could not do it.

Milam plugged into the helicopter’s internal communications system to speak with the pilots. He thought he was talking normally, but the first thing LCDR Carroll said was “Hey Will, what’s the matter.” Milam answered that his suit had filled with water and hypothermia had set in. He was shivering but insisted he could complete the mission.

Helicopter fuel was running low. Only 15 minutes remained to recover the rest of the survivors and return to Dutch Harbor. Considering Milam’s condition, the crew considered lowering the basket to the survivors unassisted, but Milam knew there was no way the three would make it unless he went back down. He told the pilots “If we only need 15 minutes, I’ll get out there and get it done. I can do 15 more minutes.” The crew reluctantly agreed that the best chance of rescuing everyone required Milam to enter the water again.

The HH-65 lowered Milam to the raft to assist a second survivor into the basket. As with the first one, the second man became combative and Milam subdued him with a solid punch before positioning him in the basket. Feeling severe effects of hypothermia, Milam turned to the raft and explained to the remaining men to stay calm and follow his instructions. The basket came back down. Milan later recounted, “I cannot stress how awesome of a job the crew did up there. Turbulence made it difficult to hold a steady hover and they were delivering that basket to me on these hoists within arm’s reach almost. On the third person we pulled out, I literally had a hold of the raft in my left hand, and I grabbed the basket in my right hand, and I never let go of the raft.”

After sending up the third man, Milam clung to the outside of the raft with a suit full of water and unable to climb in. The basket came down for the final survivor who jumped feet first into the basket. The basket flipped upside down with the survivor on his belly and the basket on his back. The basket had tangled the hoist cable, but Milam pulled the panicking man out. With one hand, Milam uncoiled the cable from the basket, while holding the survivor with the other. A wave broke over the two men and Milam lost his grip. The cable untangled from the basket, but it wrapped around the victim’s neck. From above, Maghupoy saw what was happening, told Carroll, and let out the cable to avoid strangling the man. As Milam struggled to grab the basket again, the man jumped on him and pushed him under the water. Milam fought off the man, subdued him, forced him into the basket and watched him rise into the helicopter.

Milam later recounted “I never really dwelled on getting cold until those four guys were gone and safely in the helicopter. Once the last guy went up in the helicopter, that’s when I really started feeling cold and really knew that I was now in trouble.”

Maghupoy lowered the basket again to Milam. By now, his hypothermia and combative encounters had left him exhausted, delusional and unable to move. His crewmates above could only watch as he clumsily maneuvered away from the basket. Milam later claimed, “In my mind I thought I was doing everything fine.” “I thought I was swimming, I thought I was stroking, I thought I was doing everything. Because I was so hypothermic I didn’t know.” Milam was not fine–drifting in and out of consciousness. Maghupoy could see it from above and directed Carroll to maneuver the basket close to Milam, so he could scoop him out of the water. Maghupoy scooped him out and Milam was hoisted into the helicopter.

The HH-65 raced to Dutch Harbor and delivered the survivors and Milam to the clinic. He regained consciousness wrapped in electric blankets and surrounded by heat lamps. He could not remember getting into the rescue basket, but he did remember hoisting up to the helicopter and getting dumped on the helicopter floor. After several hours of recovery at the clinic, he was released. Doctors told him he would be susceptible to the cold from then on.

In October 2007, AST1 Milam was honored at the Coast Guard Foundation Dinner in New York City in front of 900 guests. Milam took the stage as his harrowing tale was recounted for the audience. At the ceremony, he received the Foundation’s Individual Award for Heroism from the Coast Guard Commandant Thad Allen. The entire crew received the Coast Guard Aviation Association’s Captain Frank Erickson Aviation Rescue Award and Milam was later honored as the guest of First Lady Barbara Bush at the 2008 State of the Union Address. He is one of the many distinguished aviators of the long blue line. 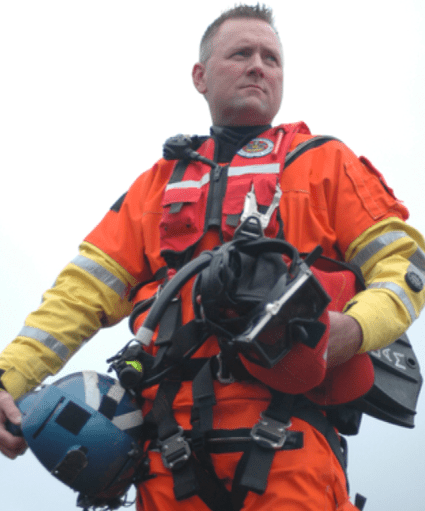 This article appears courtesy of Coast Guard Compass and may be found in its original form here.

The opinions expressed herein are the author’s and not necessarily those of The Maritime Executive. 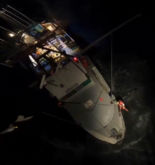 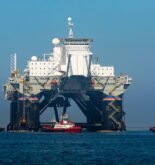 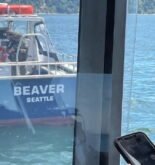