On Friday, the sand carrier Oceanline 5001 collided with a tanker at an anchorage near Melaka, puncturing the side of the tanker’s hull. No injuries or pollution were reported.

The incident occurred just off Tanjung Bruas Port, a regional hub located just west of the city of Malacca (Melaka) on the strait of the same name.

Datuk Norhizam Hassan Baktee, the head of Melaka’s development committee, told The Star that he has asked maritime officials to investigate whether the collision could have been an intentional act. He said that local fishermen had raised concerns that it could have been an act of “road rage” related to heavy congestion at the anchorage.

Malaysian media identified the tanker involved as the Strovocos, but no record of a vessel with this name exists in shipping databases.

“There were numerous near-collision reports between ships and fishing vessels, previously,” Baktee said. “The outcome of the probe into Friday’s incident can help the state to advocate a move to outline maritime zones in a bid to ensure the safety of our fishermen.”

The Strait of Malacca is the busiest in the world with nearly 100,000 vessel transits per year. About 25 percent of all traded goods pass through its waters. 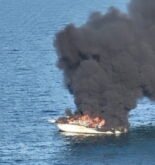 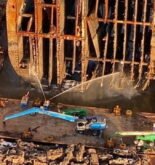 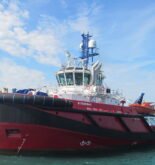