Seven seafarers remain to be missing out on after their angling vessel had an accident with a freight vessel on Saturday in the waters off Palawan, the Philippine Coast Guard (PCG) reported on Sunday.

The PCG stated in a declaration that FB JOT-18, the Filipino angling vessel, hit MV Happy Hiro, a freight vessel that was cruising with the flag of the Marshall Islands, off Maracanao Island situated in Agutaya.

However, 7 continue to be absent. The anglers had actually been moved to MVHappy Hiro Mckinley Amante, the clinical policeman there stated 12 had actually experienced scrapes, per the PCG.

An angler experienced a small injury on his head. First help was provided to him as well as he is secure currently, the PCG stated. Authorities are proceeding with their rescue procedures to locate the various other anglers.

For currently, PCG’s search as well as rescue (SAR) procedure remains to locate the 7 anglers that were with them prior to such mishap took place in the sea. 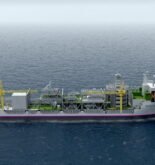 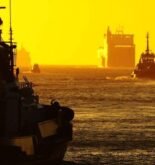