Wärtsilä Voyage, component of the innovation team Wärtsilä, as well as ship supervisor Anglo-Eastern are pleased to introduce a considerable landmark in their joint task to boost safety and security as well as ecological sustainability mixed-up. As of April 2022, greater than 500 vessels in Anglo-Eastern’s fleet have actually been fitted with Wärtsilä Voyage’s Fleet Optimisation Solutions (FOS), an innovative choice assistance software application system for trip preparation, charter-party conformity, gas performance, as well as fleet efficiency monitoring.

“Wärtsilä Voyage has invested heavily in new digitally enabled strategies, and by partnering with them, we gain capabilities that assist us and our shipowner clients to be the leaders in digitalisation, safety, and sustainability. Wärtsilä Voyage is leading in the digital journey of the maritime industry, which makes them the ideal partner for us and our own digital journey,” claimed Bjorn Hojgaard, CHIEF EXECUTIVE OFFICER, Anglo-Eastern

“By working in close cooperation, Anglo-Eastern and Wärtsilä have been able to create a valuable and much needed software solution that greatly benefits merchant fleet operations. With our input incorporated in product development, the result is a fantastic, holistic solution that helps us with every aspect of fleet management,” commentedCapt Pradeep Chawla, Managing Director of Group QHSE as well as Training, Anglo-Eastern

Wärtsilä Voyage’s FOS is a common electronic system that assists to check, take care of as well as optimize day-to-day procedures aboard as well as onshore. By incorporating cloud-based analytics as well as expert system, FOS minimizes work as well as gives all stakeholders with a clear introduction of their fleet’s efficiency.

“One of the key advantages of our FOS platform is that it’s flexible and scalable, remaining responsive to the maturity of each shipping company’s own digital journey. We believe in digitalisation as the path towards decarbonisation, and that means delivering a solution that can future-proof a fleet and optimise not just the ‘right now’, but also the long-term,” claimed Sean Fernback, President, Wärtsilä Voyage, as well as Executive Vice President, Wärtsilä. “Passing the 500 installations milestone with Anglo-Eastern is an important step in the mission of both companies to drive sustainability through cutting-edge technology. We look forward to continuing to steer industry transformation in collaboration with Anglo-Eastern.”

The initial order for the FOS shipment was put in October 2019 as well as was reported to be the maritime market’s biggest software application agreement ever before at the time. 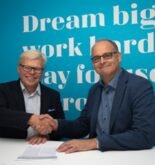 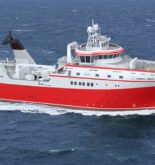