Navis, a component of Cargotec Corporation introduced today that Régie du Terminal à Conteneurs (RTC) Douala went deal with Navis 360 Managed Services in the cloud to aid make one of the most out of its N4 financial investment. The incurable included 360 Managed Services to boost its incurable procedures, enhance procedures as well as administration on N4, as well as continue to be affordable in the market.

RTC, officially Douala Container Terminal, within the primary port in Cameroon, lies on the tidewater of the Wouri River as well as represent most of Cameroonian port web traffic. Operating at 380,000 TEU yearly, RTC is just one of the best-equipped ports in Central Africa as well as updated to Navis N4 TOS previously this year to boost its offerings with a much more modern-day system. In 6 weeks, the terminal was operating on N4 as well as chose to include Navis 360 Managed Services in the cloud to much better take care of the TOS as well as obtain one of the most effect as well as ROI, without the added IT financial investment to take care of the system.

“Given the tight timeline of this project, when we met with the Navis team we knew we would need the Navis TOS available in the cloud along with the Testing, Training and Production features that Navis Managed Services offered to get the most out of our N4 TOS,’ said Patrick Guy Abodioh, Deputy CIO of PAD, the owner of RTC. “We have optimized our operations and service by using 360 Managed Services in the cloud and look forward to the additional benefits and savings that we will unlock from using the system in the coming years.”

“Navis 360 Managed Services helps our customers navigate the technical aspects of the TOS so they can focus on the daily operations and provide the best services to their customers,” stated Jacques Marchetti, General Manager of EMEA atNavis “We look forward to helping RTC perform at its best by ensuring the TOS is running at its peak, allowing them to remain competitive and reach their business goals.” 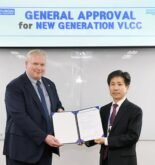 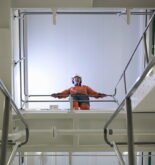 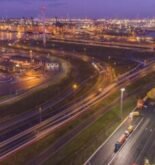